Energy has been and will continue to be an important part of human existence. Many of the European countries are trying their possible best to see how they can improve the energy sector of most African countries to make life more interesting and worth living.

The latest development is the collaboration of the Italian government with its Mauritius counterpart in enhancing renewable energy.

Italy has a domestic energy policy that focuses on three key things: to make the environment clean and void of emission or pollution, boost energy efficiency, as well as boost the generation of renewable energy in the country. Over the years, Italy has invested a lot in seeing that the renewable energy is encouraged and today the country is known as a top supplier of electricity using this source of energy.

Renewable energy can be gotten from various sources and the one that is effectively used by the Italy government is solar. Many investors are looking at how they can partner with Italy to see if they can build the largest photovoltaic parks in the world. Incentives have been made available to help encourage investors all over the world and this is going in the right direction.

Italy Working With Mauritius To Boost Their Renewable Energy

The energy sector of Mauritius are looking for ways to enhance their energy supply and they think the best way to achieve that is to focus on renewable energy. On the 12th of February 2018 in Hennessy Park Hotel, Ebene, Mauritius signed a MoU (Memorandum of Understanding) with the Italian Government seeking cooperation on how to enhance renewable energy as well as boosting energy efficiency.

In the MoU signed, Italy will invest two million euros in the project.

Mauritius deputy Minister of Energy and Public Utilities, Ivan Collendaveloo said that the involvement of the Italian Government will help both countries to make better scientific research in the energy sector.

The essence of this agreement is to introduce modern smart grid technology and also boost grid networks reliability by expanding the portfolios under renewable energy.

Both Italy and Mauritius are coming together to provide interested stakeholders with necessary training and capacity building on energy efficiency.

Under the Memorandum of Understanding, the number one project to be executed will be converting electrical irrigation pump into solar pump.

A committee will be set up in regard to this project, and they will come together regularly in the 2 countries to discuss the progress of the process. The committee will also ensure all that is needed to facilitate the project are readily available for smooth running.

The Signatories Of This MoU 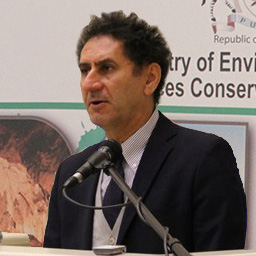 The two signatories of this cooperation are Mrs. N. Nababsing, the Senior Chief Executive of the Ministry of Energy and Public Utilities and Mr. F La Camera, the director for Suitable Development, Environment Damage, European Union and International Affairs.

Speaking at the meeting, the Deputy Prime Minister stated that the Memorandum of Understanding will provide a strong tie between the two countries with an aim of enhancing scientific research projects, introducing modern tech and boosting joint venture in sectors like the renewable energy and strengthening electricity grid so as to accommodate renewable energy tech. Among other things include capacity building, exchange of expertise and knowledge, and offering necessary training.

The Deputy Prime Minister continued by talking about how this project will affect the Mauritius government positively.

It has always been a major objective for Mauritius to encourage and explore other sources of energy other than the conventional ones. Furthermore, he talked about how the country will experience massive development in other sectors because electricity in a way affects other sectors when it comes to development.

On the part of the Italy Government, Mr. La Camera talked about the interest of his country to work with the Mauritius Government and emphasized the importance of the MoU. He stated that the agreement is a step taking in the right direction. He also stated that the Italian Government will put in all effort and resources to make sure the aim of the two countries coming together is fulfilled.

In making this cooperation work effectively, Italy has invested both in finance and in other ways and is still ready to contribute more in the future.